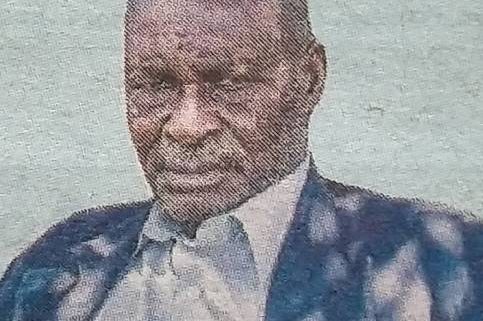 It is with humble acceptance of God’s will that we announce the demise of Mzee Christopher Wafula Wanjala.

Uncle to Benson Muliro, Morris, Rasoa, Edward among others. He is survived by 16 Children, 65 grandchildren, 36 great grandchildren.

The cortege leaves Lugulu Mission Hospital on Friday 8th July 2022 at 12.00 p.m.The burial will be held on Saturday, 9th July 2022 at his home in Kamusinde, Nasusi Village, Kimilili, Bungoma County.

The Lord gives and the Lord takes away. Glory be to His name.