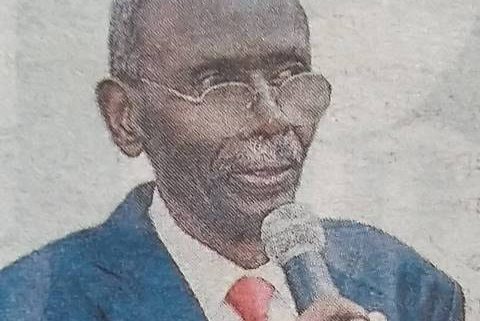 It is with deep sorrow that we announce the passing on to glory of our beloved Mzee Clement Shikami Matasyo former Deputy Principal Kisumu Technical High School/Training Institute.

The funeral service will be held on Saturday, 1st October 2022 at his home in Bwitsende Likhovero Village, Isukha Central Ward, Kakamega County.

A major fund raiser will be held at The All-Saints Cathedral on Tuesday, 27th September 2022 from 5:00pm.

May the almighty God rest his soul in eternal peace.

“I have fought the good fight, finished the race and kept the faith.” — 2nd Timothy 4:7