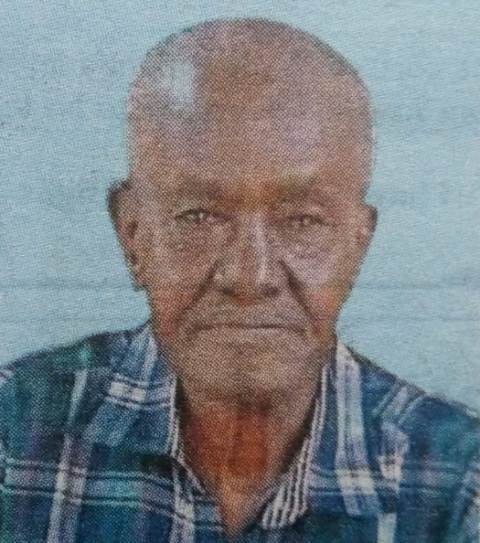 It is with humble acceptance of God’s will that we announce the passing on of Mzee Cyrus Gacheru Kamau of Murinduko Kirinyaga County.

Family, Friends and relatives are meeting Daily at Tongonye in Murinduko Kirinyaga, Ruiru, and Ngong for prayers and funeral arrangements.

The cortege leaves Kibugi Funeral Home Kutus on Saturday 7th July 2018 at 9am.Thereafter mass will be conducted at Kathigiini Catholic Church at 11am followed by burial at is son’s home.

“I have fought a good fight, I have finished the race ,I have kept the faith” 2 Timothy 4:7