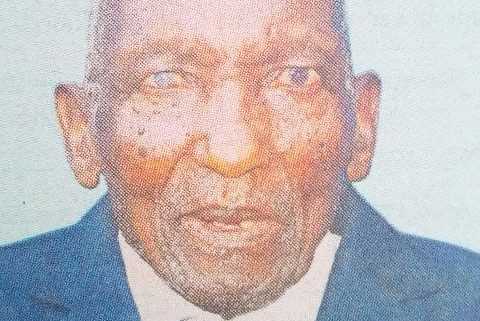 Prayers and burial preparation meetings are being held daily at his home in Kawangware 46, near Kawangware Primary School from 4pm.

The funeral will be held on Tuesday 18th June 2019. The cortege leaves Umash Funeral Home at 8.00 am for the funeral service at St. Johns Catholic Church Riruta starting at 10.00am.Thereafter, the burial will be held at Langata Cemetery at 2pm.

Blessed are the dead who die in the Lord that they may rest from their labors, and their works follow them.” Revelation 14: 13