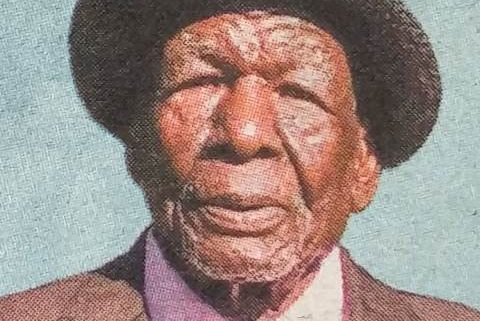 It is with humble acceptance of God’s will that we announce the promotion to glory of Mzee Jesse Wabocha Kamunyu that occurred on Monday, 20th June 2022.

Family and friends are meeting daily at their home in Gatugi, Othaya and in Murang’a Mukawa Hotel (Murang’a Town) from 6:00pm.

The cortege will leave Outspan Funeral Home on Tuesday, 28th June 2022, 8:00 am. For a funeral service at Gatugi Catholic Church starting from 11:00am and burial thereafter at his Gatugi home Othaya.

You fought a good fight, finished the race and kept the faith, in God’s hand you rest, in our hearts you are forever enshrined.