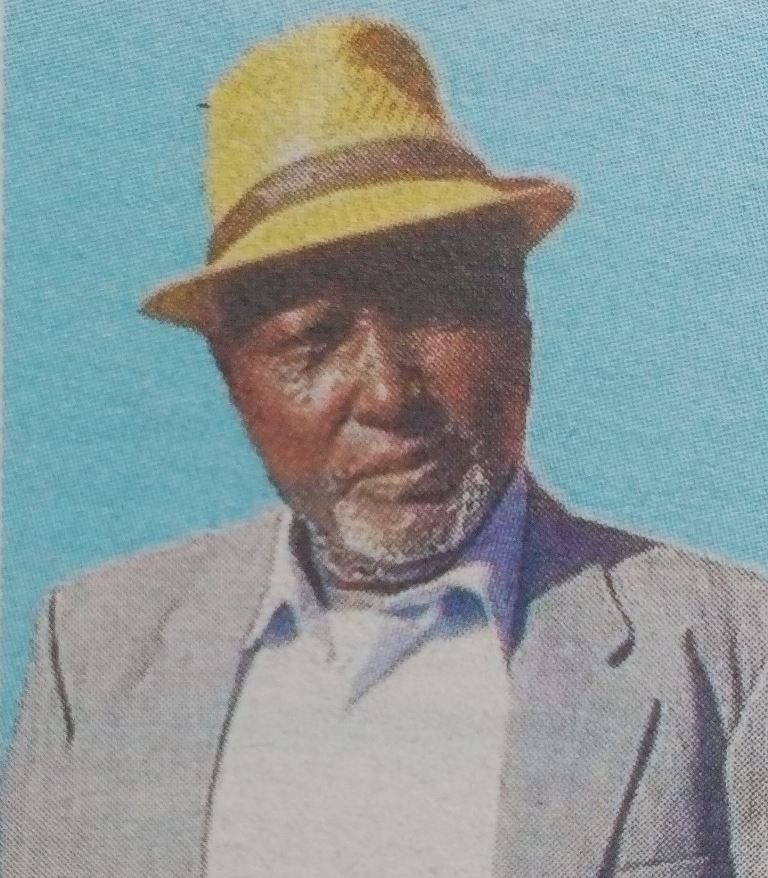 It is with sorrow and acceptance of God’s will that we announce the passing on of Mzee Joshua Cheptoo Chepkoro of Sangurur, MarakwetWest, Elgeiyo Marakwet County, which occurred on 27/7/2017 at Memorial Hospital Eldoret.

The cortege leaves Moi Teaching and Referral Hospital on Friday 4/8/2017 for burial at his Sangurur Home on 5/8/2017.