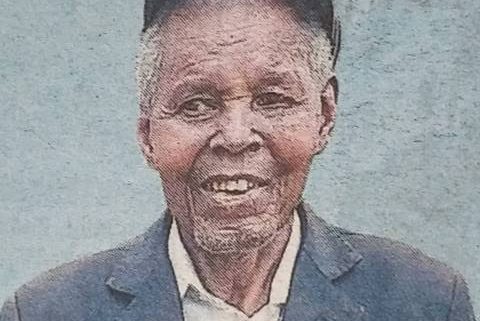 It is with acceptance that we announce the demise of Mzee Michael Ndwiga Gatara on 30th August 2022 at Kyeni Mission Hospital, Embu.

The funeral will place on Wednesday, 7th September 2022. The cortege will leave Tenri Hospital Mortuary, Ena on the same day at 10.00 am, followed by a funeral service and burial at the family home in Gakwegori village, LvKeni, Runyenjes, Embu County.

Blessed are those that die in the Lord!