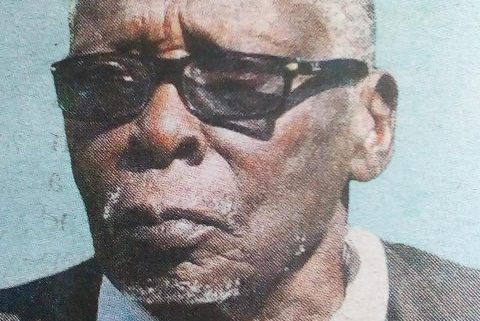 It is with humble acceptance of God’s will that we announce the promotion to Glory of our dear dad, Mzee Nehemiah Chepyator Chebiegon on 28th November, 2019.

Friends and family are meeting daily at his homes in Tenges and Eldama Ravine (Kamelilo) for prayers and funeral arrangements.

The fundraising functions will be held on Tuesday 3rd December, 2019 at his homes —Tenges and Eldama Ravine.

2nd Timothy 4:7 “I have fought the good fight, I have finished the race, I have kept the faith”.