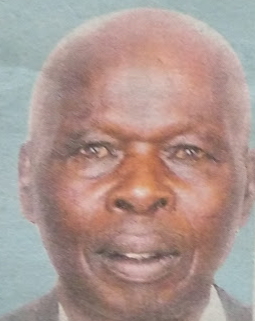 It is with humble acceptance of God’s will that we announce the demise of Mzee Shem Liheeli Ndenga, after an illness bravely borne on 23rd February, 2022.

He will be remembered as a champion for education and as a respected leader in the community.

Father-in-law to James, Peter, Elda and the late Lucy.

Funeral service will be held on 12th March 2022 at the Lumakanda Township Grounds, from 9.00am thereafter he will be laid o rest at his farm in Lumakanda Scheme.

Go well Dad. The memory of a good person is a blessing.