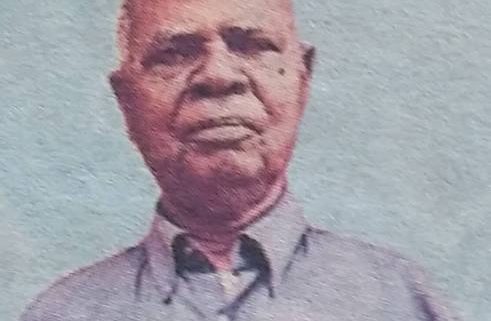 He was brother to Late Muthuri, Late Ernest M’Muthamia, Late Naitore, Late Kambur a and Late Charles M’Ituuru. He survived by several grandchildren and great-grandchildren.

The cortege leaves Chogoria Hospital Mortuary 31st May, 2022 9.00am (Tuesday) for funeral service at Mitunguu Township MCK and later burial at his Karirune home.

2 Timothy 4:7 —”I have fought the good fight, l have finished the race, I have kept the faith”.