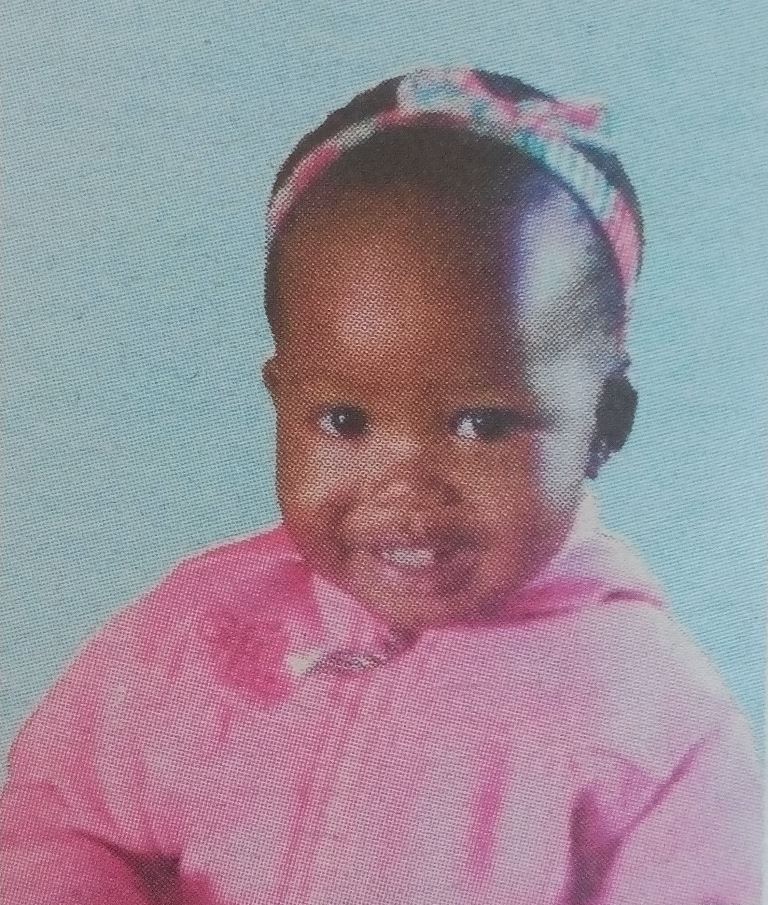 It is with deep sorrow that we announce death of Nadine Shamel Jeruto.

Shantel was baptized on 24th September 2016 by Fr. William Kosgei at her home in Hyrax Estate-Malel, Eldoret, under the Catholic doctrine.

Shantel left to be with the Lord on the evening of 26th August 2017, following an accident within their Hyrax Estate.

Funeral service will be held on Friday 1st September 2017 at Kaptel farm starting 10 am.

May our little Angel Rest in Eternal Peace. You will forever be in our hearts Shante.