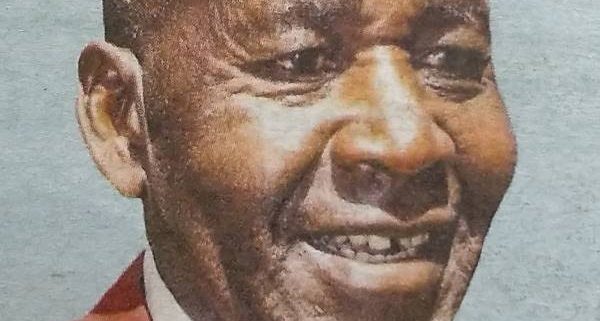 It is with deep sorrow and acceptance of God’s will that we announce the passing on of Naftali Kamotho Mwai (Snr), on Saturday 2nd July, 2022.

Family and friends are meeting at his home in Nyeri, lhururu from 4.00pm and PCEA – St. Andrews Church, along Nyerere Road – Nairobi, from 5.00pm for prayers and funeral arrangements. There will be a prayer meeting at PCEA – St. Andrews Church, on 8th July, 2022 starting from 2.00pm. Please channel any financial support through: Pay-bill No: 8046871,  Account: Naftali Kamotho Funeral Fund.

The cortege leaves KU Funeral Home – Thika Road on Monday 11th July, 2022 at 6:00am. Funeral service will be held at PCEA – Ihururu Church, from 10:00am. Thereafter burial will follow at his home in lhururu, Kiamathambo Village, Nyeri.

2nd Timothy 4:7 “I have fought a good fight, I have finished the race, I have kept the faith.”