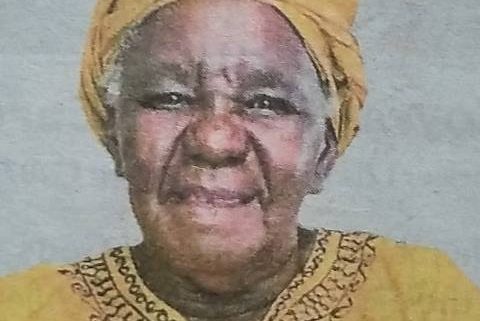 It is with profound sadness and humble acceptance of God’s will that we announce the passing of Naomi Kiluti Kavyu, which occurred on Thursday, 7th July, 2022.

Wife of the late Mwalimu Wellington Kavyu Munyasya, she is survived by her children Nduku Tom, the late Christine Ngui, Geoffrey Mwove, Martin Mati, Justus Wambua, Mawia Kenn, Frigustus Mwinzi, Bernard Makau Kavyu of UK, Silvester Muema, and Rogers Kiteme of Namibia. She is survived by many grand and great-grandchildren.

Aunt of many nephews and nieces who loved her dearly.

The funeral will take place on Saturday 30th July, 2022. Further details will be announced later.

In life you gave so much to many and we thank God for the blessing of you in our lives. Rest in Peace Inya!