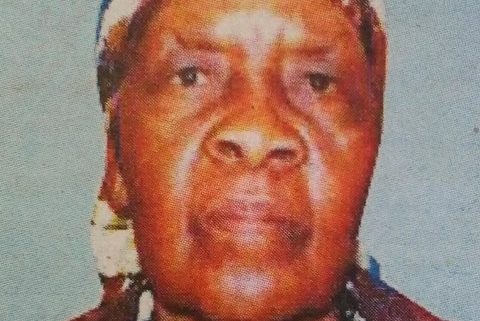 It is with humble acceptance of God’s will that we announce the passiing on of Mrs. Naomi Muhadia Amaje which occurred on 23rd November 2019 after a long illness.

Friends and relatives are meeting daily at her home in Muhudu Village, Muhudu Ward, Hamisi Sub County, Vihiga County. You may send your contribution to 0728458066 (Alice Mwangi) to assist in raising funds to offset hospital and funeral expenses.

The cortege will leave Jumuia Friends Hospital Kaimosi Mortuary today Monday 02/12/2019 at 12.00 noon for her home. Burial will be on Wednesday 04/12/2019 after a church service at Friends Church, Muhudu starting at 10.00am.

Blessed are those who die in the Lord… for they will rest from their hard work; for their good deeds will follow them. (Revelation 14:13)