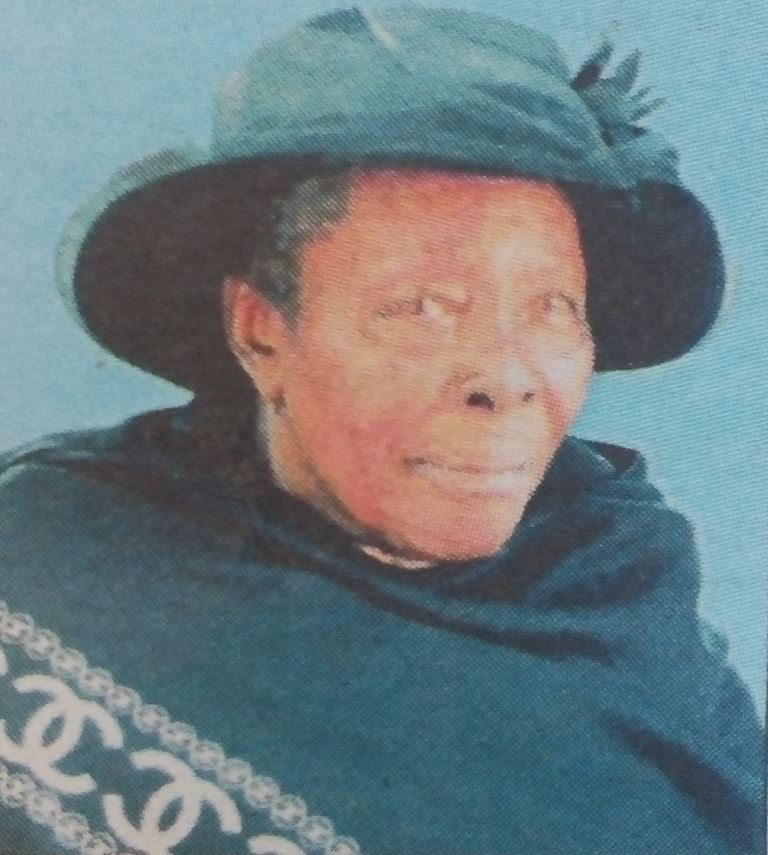 It is with humble acceptance of Gods will that we announce the death of our dear mum Naumy Nthambi Musau which occurred on 5th August, 2017.

Family and friends are meeting at Garden Square (Nairobi), T-Tot in Machakos and Wote in Makueni from 5 p.m daily. There will be a fundraiser today 16th August at Garden Square Nairobi. The body is lying in Montenzuma Funeral Parlor in Machakos and will be buried on Friday, 18th August, 2017 at her farm in Mweani Village, Mbooni West District, Makueni County.

In God’s hand you rest, in our hearts you remain forever.

“You have fought the good fight, you have finished the race, you have kept the faith”(2 Timothy 4:7)