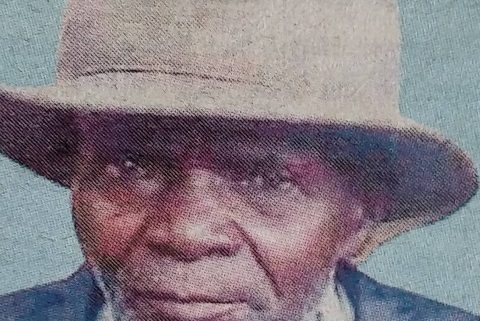 It is with humble acceptance of God’s will that we announce the passing on of Andrea Obimo Muga which occurred on 5th May 2022.

The cortege leaves Same Day Classmates Funeral Parlour on Friday the 20th May, 2022 at 12noon for his homestead where there will be an overnight vigil.

The late Andrea Obimo Muga will be laid to rest on Saturday 21st May, 2022 at his homestead in Ulawe Village, Umala Sub-Location, Ugunja Sub-County, Siaya County.

To God be the glory NIND GI KWE WOOD OGENO