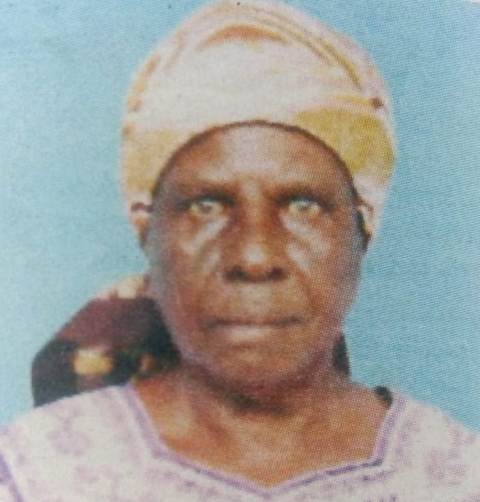 It is with humble acceptance of God’s will that we announce the promotion to glory of Mama Nereah Wesema Wandere following her death at St. Luke’s Hospital, Eldoret on 1/8/2018.

The cortege leaves MTRH mortuary on Thursday, 9/8/2018 for a requiem mass at the ACK St. Matthews Parish Church, Robert’s, and onwards to her home in Soy, Lumino, kwa Robert area.

In God’s hands, you rest. In our hearts, you live forever.