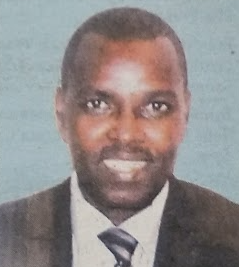 It is with humble acceptance of God’s will that we announce the death of Nickson Kiprono Kipketer which occurred on 5th April, 2022 after a short illness.

He was the son of the late Kipketer Koima and Toiyoi Kipketer of Kimwoimet, Nyaru in Elgeyo Marakwet County and son-in-law to the late Alexander and Susanna Kiprotich.

Family and friends meet daily for prayers and funeral arrangements at his home.There will be a fundraiser on the 11th April, 2022 at AIC Fellowship Church, Eldoret and at the Professional Centre, Nairobi, both starting at 5:00pm.

There will be a memorial service at the Umash Funeral Home Chapel, Nairobi, on 12th April 022, 12:00 – 2:00 pm, thereafter the cortege departs for its final resting place at his home in Kimwoimet, Nyaru on 13th April 2022.