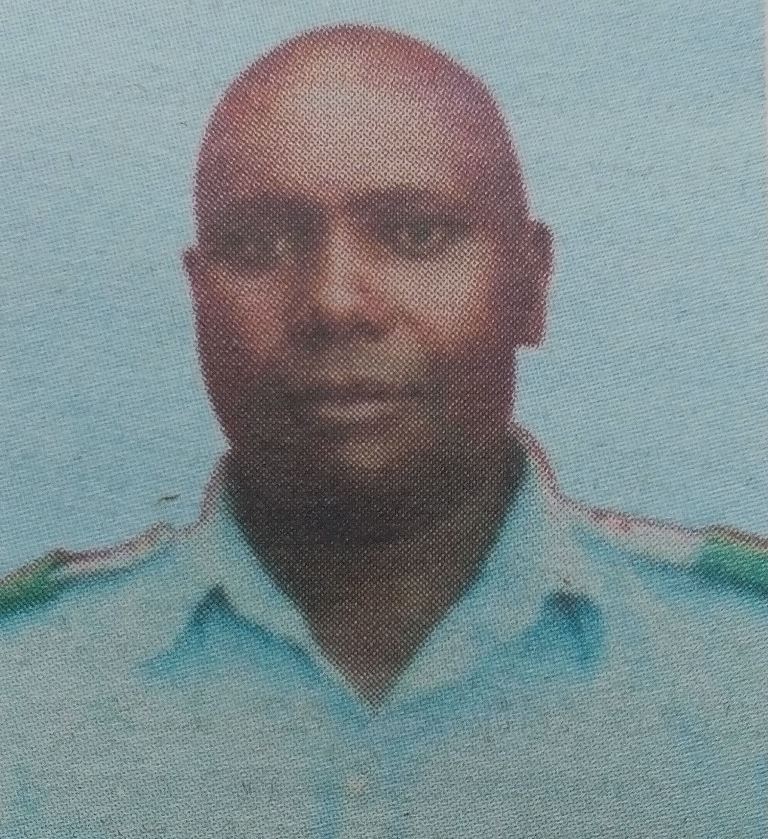 Accepting God’s will we announce the sudden demise of Nickson Mwanthi Muindi of the National Police, Parliament Police Station which occurred on the August 2017 following a tragic road accident on Machakos – Kyiumbi road, near Kathome Market.

The cortege leaves Montezuma Mortuary in Machakos on 12th August 2017 at 8am for burial at his home.

Dad, we will cherish the precious time we shared; and we will honour your legacy. You loved us. And so we will forever express our love for you!