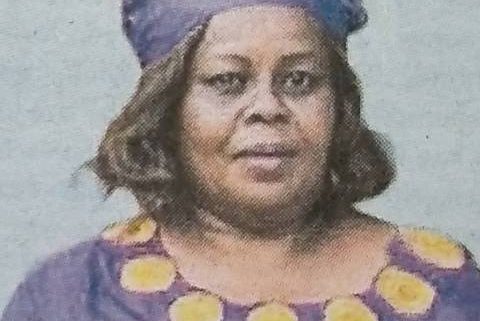 It is with humble acceptance of God’s will that we announce the death of our sister Odilia Mwarema Nzano which occurred on 14th July, 2022 at KNH, while undergoing treatment.

Meeting to finalise funeral arrangements will be held on Wednesday 20th July, 2022 at the Public Service Club Upper Hill, from 5.00pm to 6.00pm.

The cortege leaves KNH Hospital – Private Wing Mortuary on Thursday 21st July, 2022 at 9.00am for burial on Friday July 22nd, 2022 at her home in Sagalla Location – Teri, Voi Division,Taita Taveta County, starting at 11.00am.

To God be the Glory.