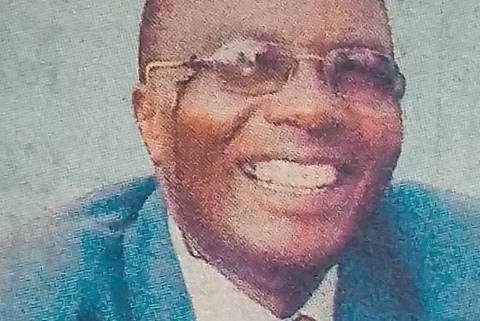 It is with humble acceptance of God’s will that we announce the passing on of Mr. Patrick Mbuba Murungi of Gacico Village, Kathatwa Sub-Location, Thuita Location, Magumoni Division in Tharaka Nithi County. Mr. Mbuba, formerly of the University of Nairobi, passed on at St. Marys Hospital, Langata on 12th September 2022 after a brave battle with cancer.

Father-in-law to Margaret Wangui, Jacktone Nyongesa, Kennedy Kiogoras Grandfather to Mary,Yvonne, Favour, Blessing, Wema and Jewel. He was Uncle to many.

Family and friends are meeting daily for prayers and burial arrangements at his home in Tharaka Nithi County.

The cortege leaves Gakwegori Funeral Home in Embu County on Friday, 23rd September 2022 at 9:00am for funeral service at PCEA Mutuguni Church at 10:00am followed by burial at his home in Gacico village.

2nd Timothy 4:7 —”I have fought a good fight, I have finished the race, I have kept the faith.”