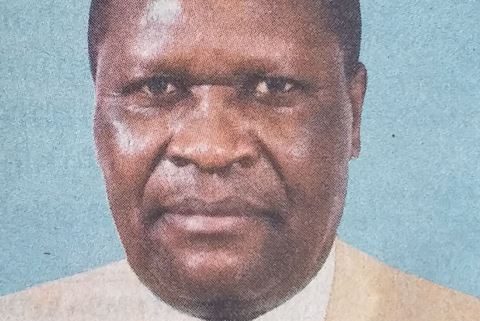 It is with humble acceptance of God’s will that we announce the transition of Mr. Patrick Odunga Jarra (OJ) which occurred on 13th June, 2022 while undergoing treatment at the Aga Khan University Hospital in Kisii.

He was the last born son of the late Cassianes Ochieng Akal and the late Wilhemina Odandi Ochieng and Franciscah Ochieng of Rakwaro Village, Kamagambo, Rongo Division, Migori County.

He was a loving husband and companion of Mrs. Florence Jarra. Adoring Father of Beryl Agatha Awino, Bryan Anthony Omondi and Barbara Tracey Awuor and Grandfather of Mikaela Bugara.

He was uncle of many nephews and nieces of K’Ojwando Clan and an in-law of Nyamundhe family of Kasagam, Kisumu.

Relatives and friends are meeting for prayers and funeral arrangements daily from 5.00 pm at his home in Nairobi and at his rural home in Rakwaro Village, next to St. John’s Minor Seminary.

The cortege will leave Rosewood Funeral Home, Rongo on 27th June, 2022 at 2.00 pm for a requiem Mass at Our Lady of Fatima Catholic Church, Rakwaro at 3.00 pm. Funeral service and burial ceremony will be held on Tuesday, 28th June, 2022 from 10.00 am at his home in Rakwaro.

You fought a good fight, finished the race and kept the faith. In God’s Hands you rest, in our hearts you are forever enshrined.