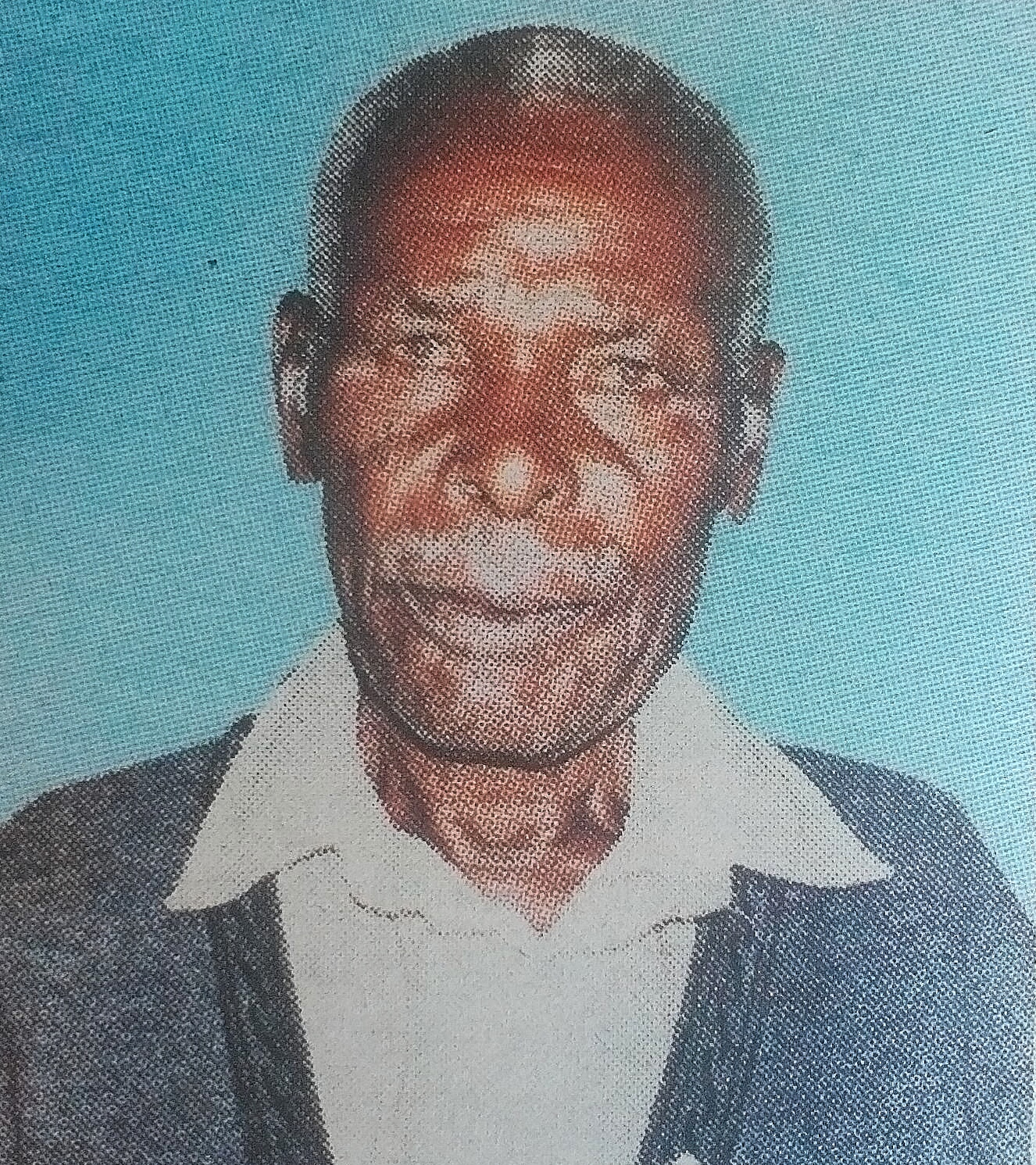 1915 – 2017       it is with great sadness and humble acceptance of God’s will that we announce the passing of Paul Nganda
Kyeene of Mwaani Village, Wote Ward in Makueni County on August 17th,2017. Son of the late Kyeene Katonga and Loko Mbila.Husband of the late Muthei Nganda and his beloved wife Anna Mumbua. Brother of the late Kalekye Kilolo. the late Mueni Muema, the late Nundu Mutisya, and the late Syombova Makau. Adored father of his seven children Brigadier (RTD) BM Nganda; Lucia Beth, Francisca, Mbithe, Stella Nthenya, Jacinta Loko, Michael Muli and Monica Ndwale. He was a very dear and loving father-in-law of Mr sijSephine Nganda, Mutisya Kiamba, Daniel Kivuva. Uncle, grand-father, great grand-father and great great-grand father of many who he so clearly loved.Family and friends are gathering daily for prayers at the family home in Mwaani,Wote in Makueni County and every evening in Savannah Hotel Wote Town, Makueni Fundraiser to off-set medical bills will be held on Monday, August 28th 2017 at 6:00PM at Savannah Hotel in Wote Makueni Donations can also be sent to MPESA number 0722708622.The funeral will be on Wednesday August  30th 2017 in his Mwaani home in Wote, Makueni County

In God’s arms you rest… in our hearts you live forever!