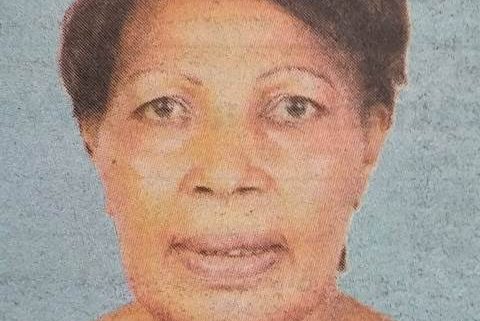 It is with humble acceptance of God’s will that we announce the death of Peris Kemuma Sergon, which occurred on Th August, 2022 at Nairobi Hospital, following a short illness.

Contributions can be sent to Peris Sergon Send-off Mpesa Pay-bill No. 8047931 Account No:Your Name. An Online Fundraiser and Tribute session will be held virtually on Tuesday 16th August, 2022 from 6.00pm -9.00pm. Virtual link will be circulated before then.