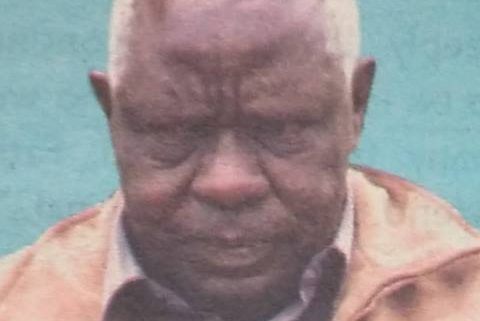 It is .with humble acceptance of God’s will that we announce the passing on of our beloved father Mr Peter Kipkitai Arap Mitei of Ngonyek Farm,Trans Nzoia County, which occurred on 22nd May,2022.

The cortege leaves Crystal Cottage Hospital Morgue on Monday, 30th May, 2022 at 1.00pm for requiem Mass at St George’s Catholic Church Ngonyek at 3.00pm and thereafter for an overnight stay at home.

The funeral mass and burial will take place on Tuesday, 31st May, 2022 at his farm in Ngonyek village,Trans Nzoia East County,Trans Nzoia County from 11.00 am.

Therefore, since we have been justified by faith, we have peace with God through Our Lord Jesus Christ. Romans 5:1