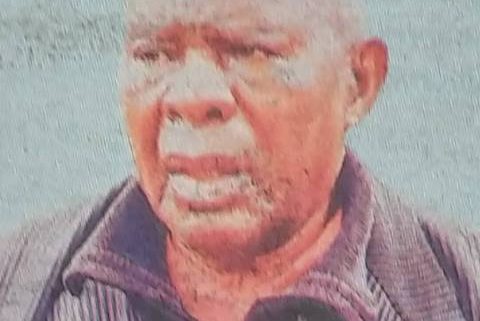 It is with humble acceptance of God’s will that we announce promotion to glory of Peter Ndungu Njenga (Wa Njambi) of Kiserian Ngong, formally of Ngong Electrical Contractors, which occurred on 28/ 12/2021.

He was brother to Wangui Gatoro, the late Hannah Murugi, Wairimu, the late Njuguna, Njambi & Kariuki. Father-in-law to Kamunya, Rose Wambui, Mungai, Wanjira, the late Njoroge, Irene Wambui, Wanjiru, Nganga, Gichoya & Wairimu. He was grandfather to 35 Children and great grandfather to many.

The cortege leaves Umash Funeral Home on 4/01/2022 at 9am, followed by funeral service at PCEA Clorera Kiseran thereafter the body will be laid to rest at his home in Kiserian.

2nd Timothy 4:7 “I have fought a good fight, I have finished my course, and I have kept the Faith.”