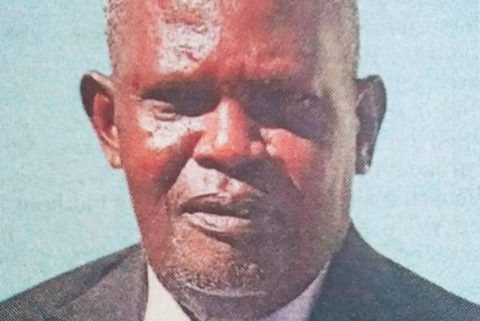 It is with humble acceptance of God’s will we announce the demise of Pius Kituvu Maingi.

Family and friends are meeting daily from 5.30pm at his home in Athi-river and Machinery, Sabaki (Andrew), Nairobi Railways club.

There will be a fund-raising on Wednesday, 18th September 2019 at Nairobi Railways club from 5.30pm.

The cortege leaves Montezuma Monalisa Funeral home (Mks) on Friday, 20th September 2019 at 7.00am for burial at the family home in Machinery, Kibwezi East.

In God’s arms you rest, In our hearts you remain forever.