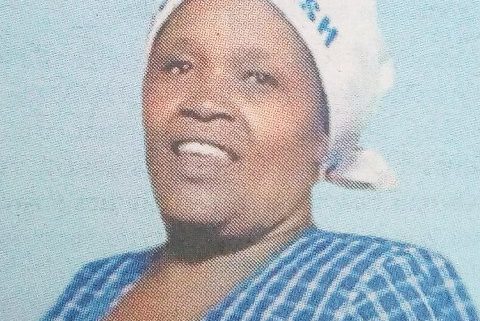 It is with profound sorrow and in humble acceptance of God’s will that we announce the passing away of Rachel Wanjiru Ng’ang’a on 8th June 2019.

The cortege will leave P.C.E.A. Kikuyu Hospital at Thogoto on 14th June 2019 at 8:00am. The funeral mass will be celebrated at St. Ann Muthure Catholic Church, Kikuyu Sub-County from 11:00am and the burial thereafter at Kamangu.

We will forever cherish you in our hearts!

2 Timothy 4:7 I have fought the good fight. I have completed the race. I have kept the faith.