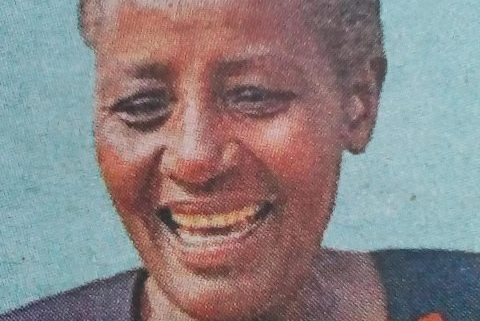 It is with humble acceptance of God’s will that we announce the death of Rael Kerubo Momanyi.

Family and friends will be meeting on Tuesday 22nd October 2019, from 5.00pm at Professional Centre Nairobi for prayers and funeral arrangements.

The cortege leaves KNH mortuary Nairobi on 24/10/2019 and burial ceremony will take place at her home in Macheachumbi on Friday 25th October 2019 from 9.00am.

In God’s hands you rest in our hearts you live forever.