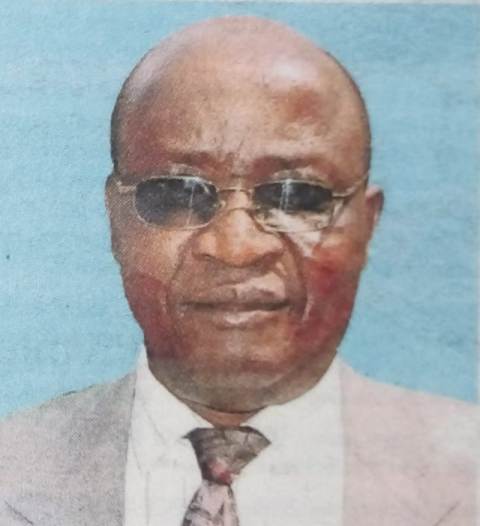 It is with humble acceptance of God’s will that we announce the death of Mr. Raphael Ochieng’ Atore on 8th August 2018 in USA.

Son of late Paulina Ongala and Late Hezekiah Atore of Uriri in Migori County. Husband of Janet Atore. Father of Roland and Elizabeth Atore, Dr Carlos Atore, Peter Atore PMI-ACR and Eng Francis Atore. Brother of the late Susana, the late Masiliana, Lucia, the late Ang’iela, the late Awuor, the late Francis, the late Owiti. Cousin of Mc Ombusa and Many others. Uncle of Nick, Bernard, Jacob, Anstanco, Magistrate Margaret Anyango, Akinyi among others. Son-in-Law of the late Charles Nyabanda and Jennifer Nyabanda. Brother-in-law of Dr. Stephen and Pamela, Dr. James and Eunice, Dr Rose, Philip, Millicent and Anderson Kedeki, Dorothy.,Moses and Betty and Many others. He was a dear friend to Many.

Mr. Atore will be laid to rest on 18th August 2018 at his home in Uriri, Hezekiah Atore Road in Migori County. Funeral service will start from 10am.

“Lift up to God anyone you feel called to pray for today, asking God to bless and guide them.”