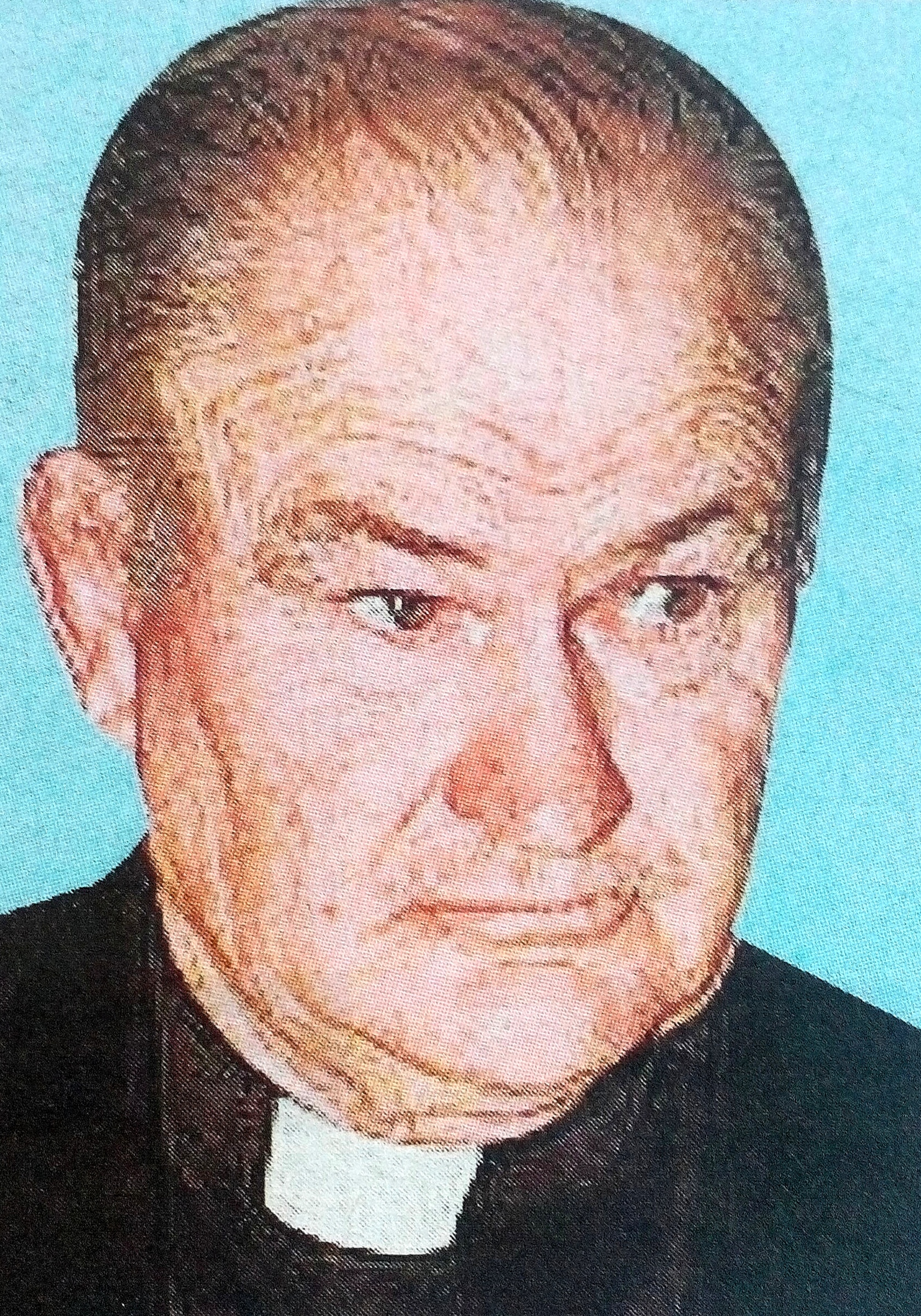 Rev. Fr. John A. Kaiser was born in Perham, Minnesota in the United States of America on November 23, 1932.

Fr. Kaiser was ordained as Mill Hill Priest in 1964, at St. Louis and sent to the mission in Kenya the same year. He ministered in Kisii Diocese for twenty (20) years; and later in Nakuru and Ngong’ Dioceses.

As a missionary, he served the poor, advocated for justice for the oppressed and respect for human rights, especially in 1993, at the height of ethnic violence and land clashes in Kenya. Fr. Kaiser while in Nakuru worked among displaced persons in Maela Internally Displaced Persons’ Camp. These people were displaced from Enoosupukia in Narok. Later in his missionary work, Fr. Kaiser was transferred to Lolgarian parish-Ngong Diocese. Fr. Kaiser died in August 2000 and his body was found on 24th August 2000 at Morendat -Naivasha, along Nakuru-Nairobi Highway.

The cause of his death could not be ascertained immediately but later it became clear that he was murdered by unknown assailants. The Kenya Government opened an inquest into Fr. Kaiser‘s death at the request of the Kenya Conference of Catholic Bishops (KCCB). The inquest ended on June 12th 2007, after hearing from 111 witnesses. The then Presiding Magistrate. ruled on August 1st 2007 that Fr. Kaiser was murdered, and that the ‘suicide theory’ which was advanced before the inquest was based on pre-conceived notion.

She further stated that she could not on the basis of evidence tabled before her in the inquest, point out with certainty who killed Fr. Kaiser. It is 17 years since he died and no justice has been done to bring the killers to book. Though dead, Fr. Kaiser remains alive in his work, hearts and minds of his relatives, Mill Hill Missionaries, Kenya Conference of Catholic Bishops, Civil Society and many Kenyans who he served. This year, the Kenya Conference of Catholic Bishops has organized to pray with the Maela lDPs where Fr. Kaiser lived and worked. The Holy Mass will be presided over by Rt. Rev. Cornelius Arap Korir-Chairman Catholic Justice and Peace Commissionﬁ hereaften on 27th Sunday 2017, all Catholic Dioceses and Parishes will remember and pray for Fr. Kaiser in Holy Mass. Kenya Conference of Catholic Bishops invites all to join in the memorial Mass both on Friday the 25th August 2017 beginning 10am in Maela-Naivasha and in all Dioceses on Sunday the 27th August, 2017.