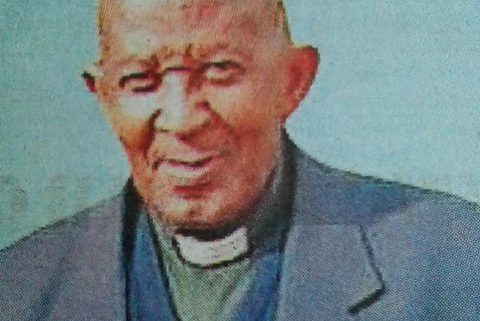 The catholic Archdiocese of Nyeri and the family regret to announce the sudden demise of Rev. Fr. Sebastian, Gathogo which occurred on 5th September 2019 at Tabor Hill Spirituality Centre-Nyahururu.

There will be a requiem mass at Tabor Hill Spirituality Centre-Nyahururu today Tuesday 10th September 2019 beginning at 3:00 pm.

Burial mass will be held at Mathari Pastoral ground on Wednesday 11/09/2019 beginning at 10.00 am and burial thereafter at Mathari Clergy Cemetry-Nyeri.

In God’s hands you rest secure in our hearts you live forever.

Eternal rest grant unto him Oh Lord, and let perpetual light shine upon him. May He rest in peace. Amen