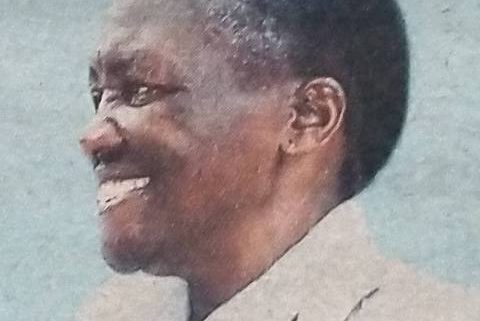 It is with sadness and humble recognition of God’s will that we announce the promotion to glory of Risper Grace Akinyi Omondi.

Risper Grace, lovingly known as Dani to her family, was the daughter of the late Peter Orego and Awino Nunda. Sister to the late Ernest Ayieko, the late Gladys Onduogo, the late Mugenya, the late Ochieng, the late Aloo, and one surviving brother, Christopher Oluoch. Mother to the late Margaret Adhiambo, Rev. Ibrahim Othieno, the late Mary Kilel, Joshua Hallonda, Eunice Lazaro, the late Christine Adhiambo, Sammy Omondi, Emmanuel Chiwo (PhD), Dorie Omondi Aufmann, and the late John Wycliffe. She was the beloved grandmother-Dani to 40 grandchildren, 45 great-grandchildren and 6 great-great-grandchildren. She was Aunt to many including the late Joyce Wekesa, the late Bob Moffat, Andrew Dibo and many others. She was proceeded in death by her parents, her husband Lazaro Omondi, five siblings, four children and two grandchildren.

The body of our beloved mother and grandmother will be laid to rest at Got-Osimbo, East Uholo location, Ugunja division, Siaya district on 12 June, 2021.

We thank the Lord for her legacy of faith, prayer, determination and love.