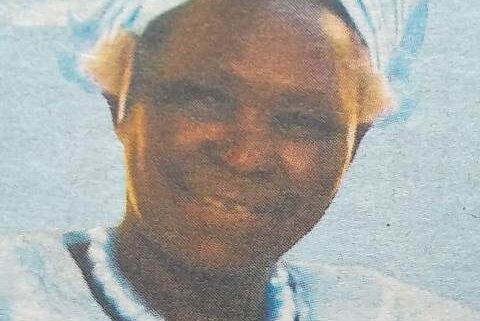 The family of the late Hon.William Cherop Murgor is saddened to announce the passing on of Mrs. Rosalina Teriki Murgor on 13th January, 2023 after a short illness.

Mother-in-law the late Paulina,Vicky, Julius, Robert and Kigen among others. Grandmother of Kipngetich, Martin, Kipkoech, Victoria, Cherono, Maya, Chebet, among others.

Burial will take place on 20th January, 2023 at Chepsigot Farm, Marura. The requiem mass will start at 10.00am.

Forever in our Hearts.