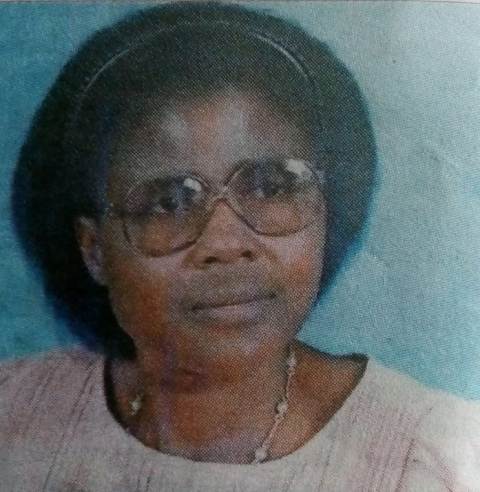 It is with profound grief and humble acceptance of God’s Will that we announce the death of Mrs Rose Achieng Nyaoke on 10th August, 2018.

Friends and relatives are meeting daily at her home in Oyugis and at All Saints Cathedral Church on Thursday 16th August from 5.00 p.m.

The body leaves Matata Hospital Mortuary on Sunday 19th August for a funeral service to be held at ACK St Michael Church in Oyugis from 2.00 p.m., thereafter for an overnight stay at her home. Burial will be held on Monday 20th August, 2018 at the homestead in Kamuma Village, Oyugis.

Mum you fought a good fight, finished the race & kept the faith (2 Timothy 4:7).

In God’s Hands you rest, in our hearts you live forever.