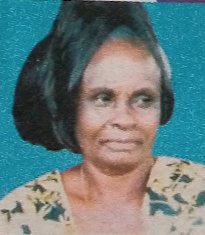 It is with humble acceptance of God’s will that we announce the sad demise of Rose Muloko Mackenzie.

She was the daughter of the late ex-Senior Chief Philip Kioko Mue and Rebecca Ndunge.

The cortege will leave Machakos Funeral Home on Saturday 12th March 2022 at 8am for burial at Kavumbu, Kithangaini location, Masii in Machakos.

“I have fought a good fight, I have finished the race, I have kept the faith.” 2nd Timothy 4:7