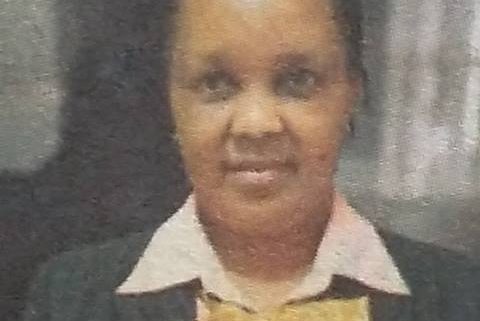 It is with humble acceptance of God’s will that we inform you of the promotion to glory of Rose Mumbua Komu-Katwi’wa of CIC Insurance Group which occurred on Wednesday 7th September, 2022 at Mater Hospital.

She was a daughter to the late Samuel Komu Ngusya and the late Loise Mueni from Kambusu village, Matungulu Sub-Country, Machakos Country. She was wife to Thomas Katwi’wa MuLeta, a dear mother to Precious and the little twins, Gianna and Giannis.

Eternal rest grant unto her Oh Lord and let perpetual light shine upon her. May she rest in eternal peace.

“Rest in peace our dear colleague, you will remain in our hearts forever”