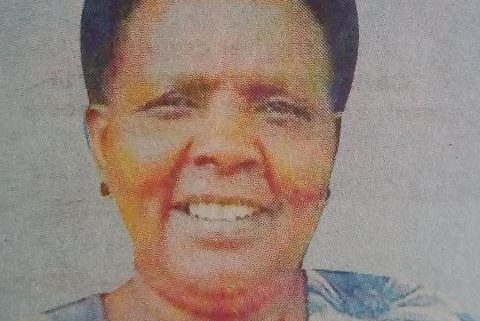 She will be laid to rest at her home in Kagundu-ini, Machegecha village, Kandara Sub-county on Wednesday 03/07/2019. The cortege will depart from Kenyatta University (KU) Mortuary at 8.00am. Prayers and Church Service will be held at Kagundu-ini Youth Polytechnic Grounds from 11.00am. Internment will follow there after.

2nd Timothy 4:7:”I have fought the good fight, I have finished the race, I have kept the faith.”