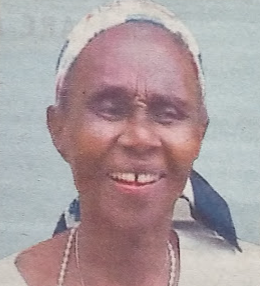 It is with humble acceptance of God’s will that we announce the passing to Glory of Rosemary Wanjiku Mwangi, which occurred on Monday 14th March, 2022, following a short illness.

Daughter to the late Macharia Kanyatte and Hellen Njeri Macharia.

Sister to Immaculate, the late Kimani and Wangare, Irene and David Kamau, the late Alice, the late Joan Kariuki and Kanyatte Mwangi.