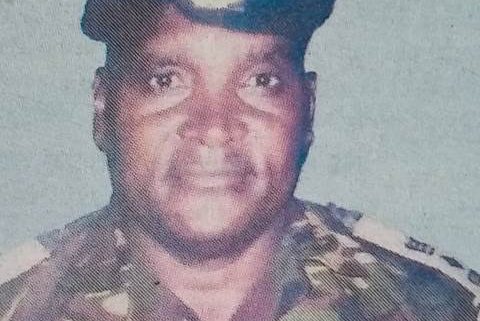 Its with great sorrow and humble acceptance of God’s will that we announce the sudden death of Rtd Lt. Col. Raphael Mittau Kingalya, which occurred on Monday 6th June, 2022.

Family and friends are meeting daily at Norwich House – Nairobi, Moonlight Hotel – Kitui and his home in Katyethoka.

The cortege leaves Umash Funeral Home on Saturday 18th June, 2022 at 6.00am for the funeral service at his home Katyethoka Village, Kitui county.

Gone too soon, but in our hearts you remain forever.— Romans 14:8