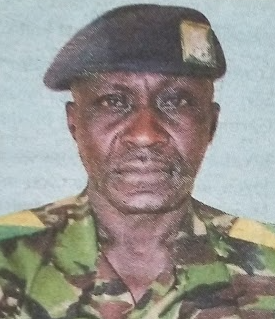 It is with great sorrow and humble acceptance of God’s will that we announce the sudden death of Rtd W02 Gad Ambitho Tocho which occurred on Thursday, April 7th, 2022.

A memorial service will be held on April 22nd, 2022 at CCA Lweya Church.

Burial will be on April 23rd, 2022 at his home in Uyoma Katweng’a, Agege village, Rarieda Sub-County, Siaya County.

He will wipe every tear from their eyes. There will be no more death or mourning or crying or pain, for the old order of things has passed away.— Revelation 2 1:4