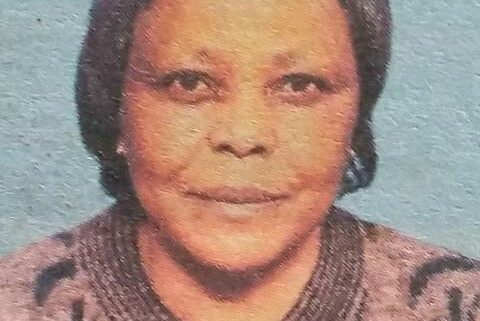 It is with humble acceptance of God’s will that we announce the passing on of Salome Wanjiru Kihara of Riruta Dagoretti.

Sister to Mary Wambui. Sister-in-law to the late George Wanyee, the late Henry Kinuthia and Teresia Wanjiku, Beatrice Nyambura, Lydia Wanjiku and James Kuria. Grandmother and great-grandmother to many.

Prayer meetings are taking place at her home on Ndwaru Road Riruta.

Funeral service will be on Wednesday, 2nd November 2022  at Havard School on Kikuyu Road Riruta followed by the burial at her home. The cortege leaves Montezuma at 8.00am same day.

Titus 3:7 — “So that having been justified by His grace might become heirs having a hope of eternal life”.