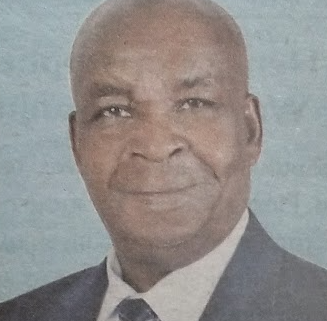 It is with profound sadness that we announce the passing on to glory, of our beloved Sammy Kingara Mbuthia, (formerly of Nyayo House), that occurred on the morning of Saturday 26th March, 2022, after illness bravely borne.

Son to the late Fredrick Mbuthia and the late Hottensiah Wanjiku, Son-in-law to the late Geoffrey Kamau and Grace Gakunga.

Brother to the late Moses and Esther, Pst. Benson and Lucy, Noah and Jane, James and Lay Leader Margaret, Leonard and Janet, John and Rachael.

Brother-in-law to Samuel and Jane, Eliud and Beatrice, the late Allan and Agnes, the late George and the late Rachel, Wallace and the late Winnie. An uncle, cousin and friend to many.

Friends and relatives are meeting daily at his residence in Ngong 46 and at Bowling Green Restaurant, City Park, from 5.00pm.

The cortege will depart from Montezuma Funeral Home – Mbagathi –  on 5th April, 2022 at 8:00am for a church service at ACK Emmanuel Church – Ngong at 11am and thereafter interment at his Enkarusha farm, next to Olive Oloirien School, along Kiserian lsinya Road.