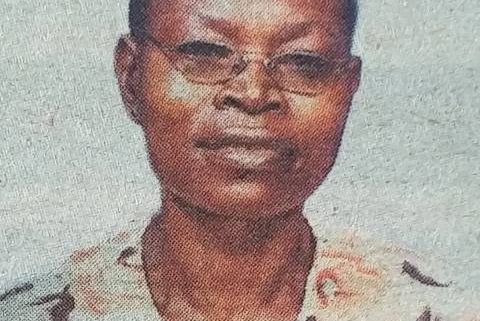 With humble acceptance of God’s will, we announce the sudden death of Sellah Adhiambo Odhiambo, which occurred on 9th June 2022. She had retired from Posta Kenya, after 37 years of service in 2017.

She was the niece of the late Dorcas Awiti, the late Naboth Oraka, Peninah Atieno, Risper Omamo, the late Thomas Obonyo & Peter Agengo. A major fundraising will be held on Saturday 25th June 2022 at her residence in Maringo Posta from 2.00 pm, to offset funeral expenses.

The memorial service will be held on 28th June at CITAM Church Buru Buru, at 11:00 am. he cortege leaves Sega on Friday 1st July, 2022 at 2:00pm, for her home in Ndenga, Ugenya Constituency. Burial will take place on Saturday 2nd July, 2022.

For Sellah to live was Christ, and to die is gain.