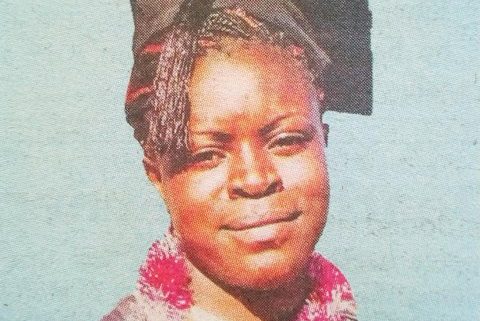 It is with humble acceptance of God’s will that we announce the demise of Sheillah Phoebe Aleka which on 9th October 2019 at Kakamega County General Hospital after a short illness. Sheila was an Underwriter at Resolution Insurance Company Limited.

The burial will take place on Saturday 26th October, 2019 at her home in Shiyunzu Sub-location, Mumbinga Village, Kakamega County.

The Resolution Insurance family will miss the loving presence of Sheillah and wish her family and all her loved ones comfort and peace during this trying time.