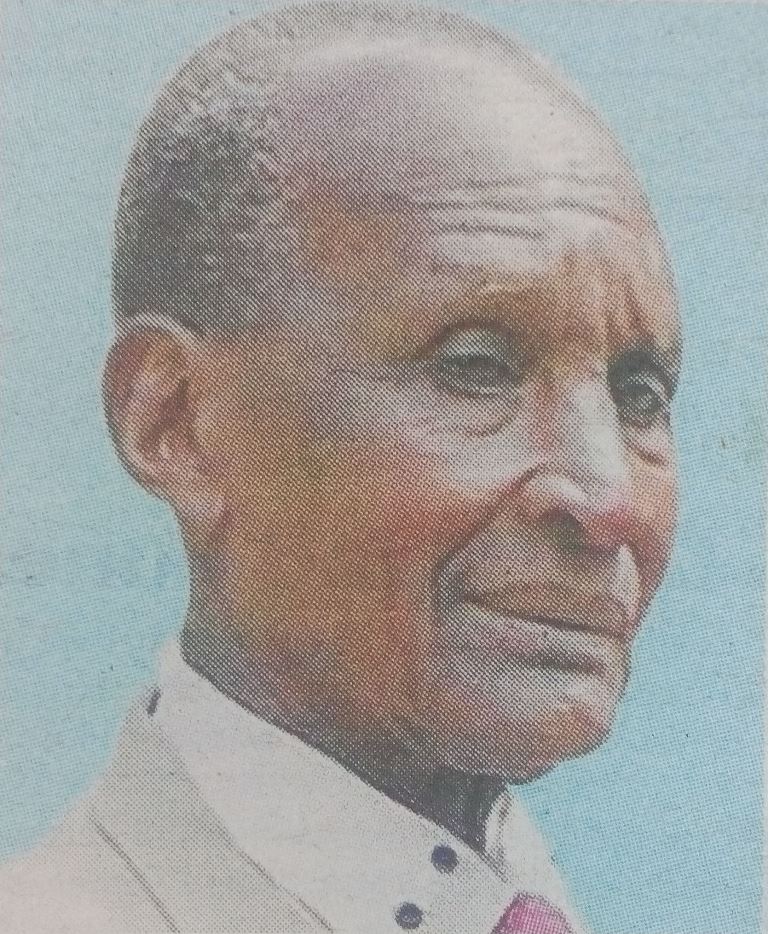 It is with humble acceptance of God’s will that we announce the death of Simon Kimeu Kithande of Matwiku Village, Ilima ward, Kaiti constituency in Makueni County.

Family, friends and well wishers are meeting at Nyayo Stadium Cafeteria from 8/9/17 of 13/09/17 for funeral arrangements from 6.00pm. The cortege leaves Montezuma funeral home Machakos at 7:30a.m. on Saturday 16th September, 2017 for a funeral service at his home in Matwiku village, Ilima ward, Kaiti Sub-county, Makueni County from 11a.m.

In Christ alone our Hope is found.