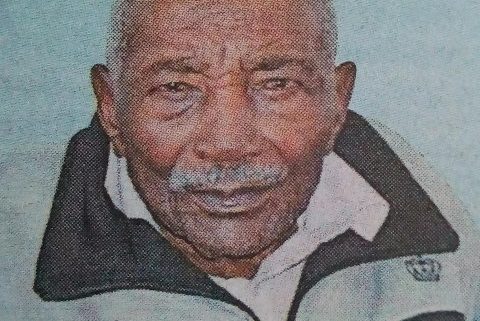 It is with profound sorrow that we announce the death of Simon Nyoike Mbucho on the 9th of September 2019.

The cortege will leave Kenyatta University Funeral home on Thursday 19.9.2019 at 8.00am thereafter a requiem mass will be held at Gatitu Catholic Church at 11.00am. The burial will be held thereafter at his Kahunyu village home.

Rest with the angels. Perpetual light shine upon thee.