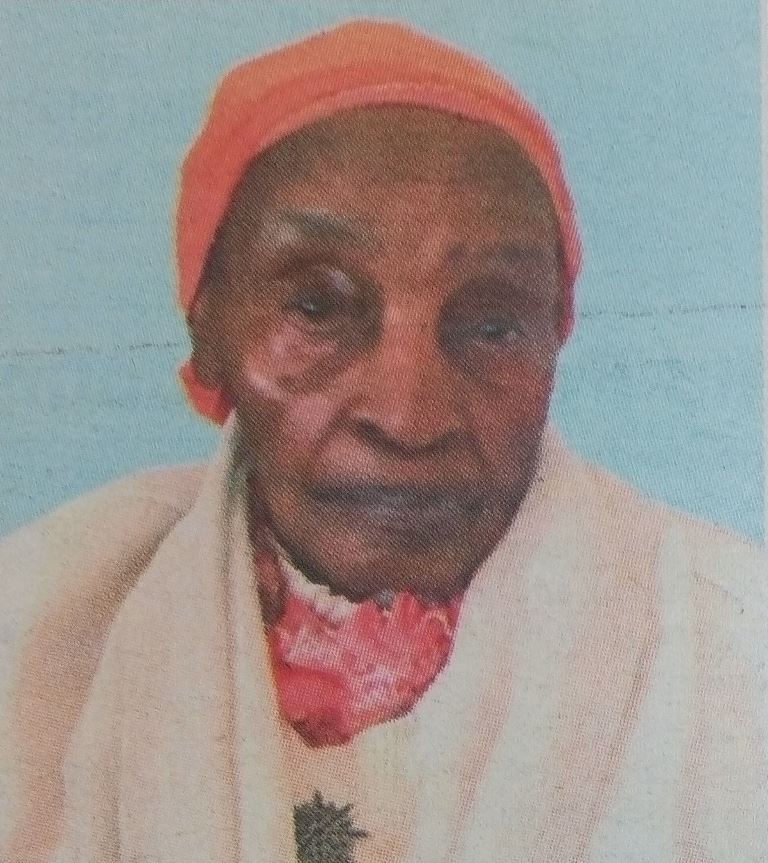 It is with humble acceptance we announce the passing on to glory of Sister Eleanor Matama Wainaina.

Family and friends are meeting daily at her home in Parklands and at Obadiah Kihara Wainaina’s home in Muthure, Kanyariri. The cortege will leave Chiromo Funeral Home on Thursday 31 August, 2017 at 7.00am for a funeral service at Nairobi Gospel Assembly Church off Thika road, past Roasters (Berea road) and thereafter burial at the family cemetery in Muthure.

I have fought the good fight, I have finished the race, I have kept the faith.