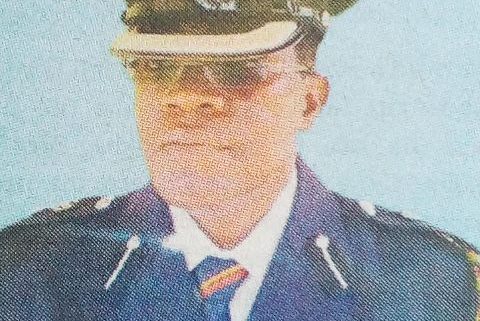 It is with profound shock and sorrow to announce the untimely death of Maurice Omondi Assillah, formerly Ag. County Commander Kisii and OCPD Nyamira North which occured on 3rd November 2019.

Meetings to be held daily at Ranalo Kosewe from 5pm with the major fundraiser to offset medical bills and funeral cost to be held at All Saints Cathedral on Tuesday 12th November 2019 at 5pm.

The funeral mass and burial will be held on 16th November 2019 at his home in Uyoma, Ranalo village Rarieda Siaya County.