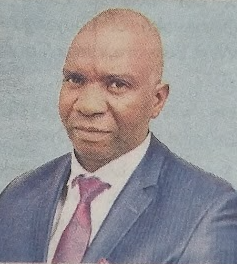 (A constituent college of Masinde Muliro University of Science and Technology)

It is with great sadness that we announce the death of Mr Stephen Imoti Shivatse, which occurred on Monday, 18th April, 2022 following a short illness.

Before his demise, Stephen was working in Estates Department at Kaimosi Friends University College.

The cortege leaves Jumuia Hospital Mortuary on Friday, 29th April, 2022 at 10am for an overnight vigil and burial at his home in Jivuye on Saturday, 30th April, 2022.

2nd Timothy 4:7 —”I have fought the good fight, l have kept the faith, I have finished the race.” Amen.